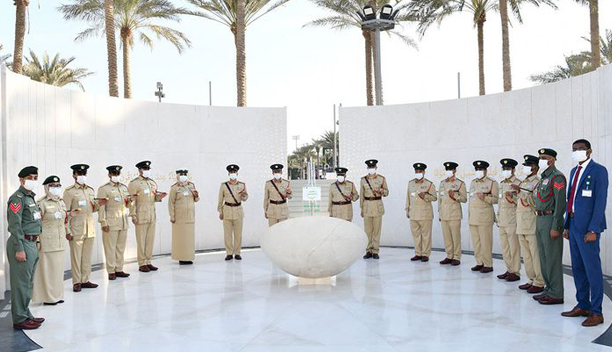 How to get anti-narcotic approval?

Drug abuse is everywhere in the world, and most people probably start using drugs during their college life and then become addicted. Nowadays girls are also using drugs and the side effects caused by this are painful and drug addicts become a liability to the home, country and society. Many people become addicted to drugs due to the pressure of the situation, lack of love from their parents, bad friendships etc. Most of them become addicted to drugs at the end of adolescence. Some people often consider drugs as an escape from reality. Drugs have taken complete control of many people and claimed many lives. The UAE government has been trying to curb this problem for decades.

There’s a lot you need to know about drug abuse in the UAE. Four years ago, there was an assessment at government level, which according to recent statistics in 2018, there has been a sudden increase in the use and possession of drugs in the UAE. Drug use is taking place secretly in the luxury flats of Dubai city is under the cover of some celebrations, and there is also drug use in DJ parties. The UAE government is cautiously trying to eliminate it, the UAE government has zero tolerance for the use of recreational drugs.

Federal Law No 14 of 1995 criminalizes the production, import, export, purchase, sale, possession and supply of narcotics and psychotropic substances unless done as part of supervised and controlled medical or scientific activities in accordance with applicable laws. Harsh and unrelenting punishments are used against drug users.

The policing is not the same in all areas in UAE, including Dubai. The police have special departments to deal with drug abuse. They, on the other hand, are highly efficient. Dubai police is actively trying to communicate and raise awareness about this new amendment to remove the fear of criminal offenses and criminal proceedings among criminals. They have been conducting nationwide campaigns like the International Day against drug and illicit trafficking. The UAE government takes drug abuse extremely seriously; drug abuse, possession and distribution are all considered serious offenses.

Drugs are being used in many ways, and it is growing at an alarming rate among the youth. The UAE has a zero tolerance policy for recreational use of drugs.

Federal Law No. 14 of 1995 criminalizes the production, import, export, transportation, purchase, sale, possession and storage of narcotic and psychotropic substances unless done as part of supervised and controlled medical or scientific activities in accordance with applicable laws. The UAE police have special departments to deal with drug problems. In any case, the UAE police are working relentlessly against drugs in the UAE, where the laws are genially strict.

MOI or Ministry of Interior in Dubai is the authority for giving anti narcotic approval. This organization under UAE Government is very powerful. If you want anti narcotic approval, it is established by MOI, never try for it on your own. You can seek the help of any reliable consultancy or platform in UAE. There are many consultancies in UAE, including Dubai, many provide good service. In the emerging UAE, including Dubai, government regulations are strict, transparent and extremely philanthropic and business friendly. Getting anti-narcotic approval in Dubai is relatively hassle free and easy. However, it has its own formalities, if you comply with the UAE government and complete all the necessary documentation perfectly, you will definitely get anti-narcotic approval. You should first understand the workings of the MOI department and proceed accordingly.

If you sincerely want to get anti-narcotic approval, you should pay special attention to something. Never try it on your own, there are many reliable consultancies in UAE, choose anyone for your help, many provide good service. Bizvise is a consultancy name worth mentioning among them, relying on them is a good decision in every sense. Reach an agreement with Bizvise and they will make your anti-narcotic approval wish come true.

The UAE government takes the issue of drug abuse very seriously. They choose to view drug abuse as a health care problem (ailment), treating it as a disease that could be managed with proper treatment and rehabilitation. The UAE is a leading example for other countries in the world in this regard and has successfully made all the necessary changes in legislation to improve the rule of law and justice. No amount of praise is sufficient, which can be given to the UAE for its handling of drug abuse.

How do I get a anti-narcotic approval in Dubai?