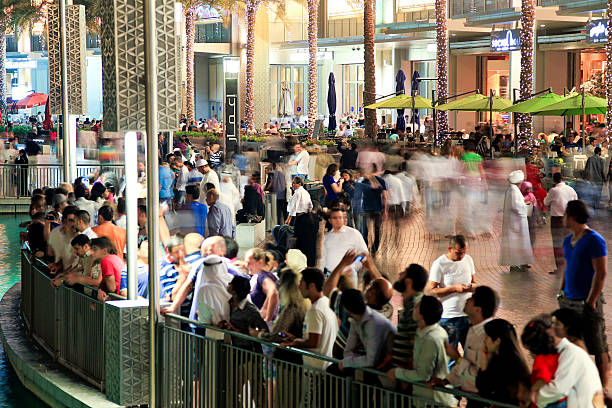 Saudi Arabia intends to bid to host the Expo 2030 world fair, Saudi Crown Prince Mohammed bin Salman said on Friday, part of the de facto ruler's push to transform the kingdom's economy and diversify it away from oil.

The UAE Vice President and ruler of Dubai Sheikh Mohammed bin Rashid al-Maktoum tweeted his support for the Saudi bid, saying "We will give our brothers access to the knowledge and experience we gained throughout seven years of preparation for the Expo".

The UAE this year became the first Middle Eastern nation to host the World Expo event. Dubai spent at least $7bn to prepare and expects 25 million visits, both virtual and physical, over six months. Expo 2020 was postponed to this year due to the coronavirus pandemic.

The Crown Prince is seeking to turn the conservative Islamic kingdom into an investment powerhouse and a global hub for business as part of his Vision 2030 plan.

The country wants global companies to choose it as their regional base, plans free economic zones, and has pledged to neutralise greenhouse gas emissions within its borders by 2060.

The theme proposed by Saudi Arabia for the World Expo 2030 is The Era of Change: Leading the Planet to a Foresighted Tomorrow. The event is scheduled to take place from Oct. 1, 2030 to April 1, 2031.

The 2030 World Expo in Riyadh will coincide with the culmination of the kingdom’s Vision 2030, Saudi Arabia’s Crown Prince Mohammed bin Salman bin Abdulaziz Al Saud said in a letter to the BIE.

The World Expo 2030 will represent an extraordinary opportunity to share with the world Saudi Arabia’s lessons from its unprecedented transformation, he added.

The World Expos have been held since 1851, and provide the largest global platform for presenting the latest achievements and technologies while uniting people across cultures and continents.

Talk to our company formation specialist on the Expo Packages to setup your venture in Dubai and obtain residency permit or visa.

Your email address will not be published. Required fields are marked *
Recent posts